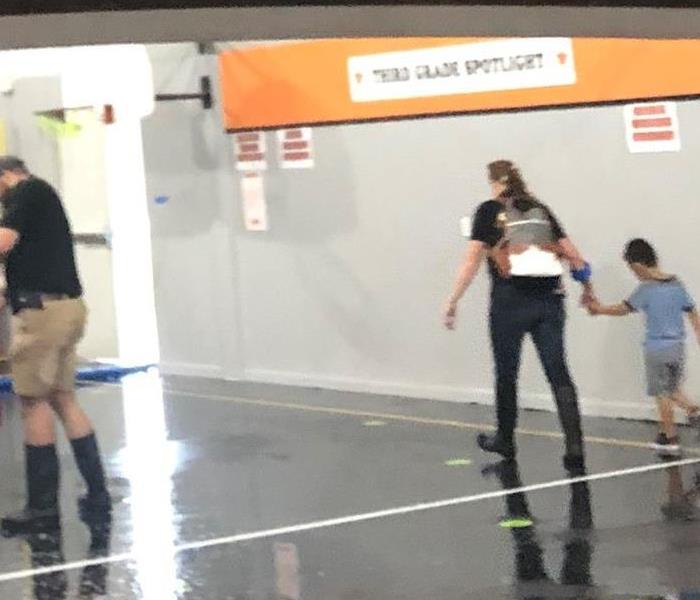 Ten months after Hurricane Michael ravaged the Florida Panhandle, flash flooding remains an ever-present danger for many localized areas.  In this photo, a flash flood occurred at a local elementary school as a result of clogged drainage systems and remaining hurricane debris.  SERVPRO of Bay County responded to the flash flood by first placing sandbags in the affected area to limit any further damage to the building structure.  Following the sandbagging effort, SERVPRO of Bay County continued cleanup efforts by beginning to remove the water present in the gymnasium.  During this process a Project Manager for SERVPRO of Bay County can be seen escorting a scared child from the flooded area to be picked up by his parents.  Not only does SERVPRO of Bay County focus on clean-up and restoration, our team also takes pride in comforting the members of our community affected by disaster events.

View More Before & After Photos